I'm Chris, an Orange County wedding photographer with a passion for love stories.

I'm Chris, an Orange County wedding photographer with a passion for love stories.

THE PLANNED, DEEP, YET EASY-GOING EXPERIENCE WITH EACH OF MY WEDDINGS IS EVIDENT IN EACH OF THESE POSTS. STAY A WHILE, WHY DON'T YOU?

While a city hall might not be your first choice for an intimate wedding day shoot, let me change your mind with this Pasadena City Hall photoshoot. There’s no pressure, but shooting Samer, Madonna, and their love for another framed in Pasadena City Hall’s classic, stark architecture gave the whole shoot a deeper, more timeless feel, one that I’d like to shoot for you too.

Before getting more into the Pasadena City Hall photoshoot, let me first tell you about the wedding. Samer and Madonna’s wedding took place at the Archangel Michael Coptic Orthodox Church in Santa Ana, California.

This was a small wedding, and the church had the feel of something older, more traditional. Both Samer and Madonna moved from Egypt to Los Angeles, so, for them, holding their wedding in a Coptic Orthodox Church like this made sense. For those who don’t know, the Coptic Orthodox Church is a Christian church based in Egypt.

Samer and Madonna’s Egyptian culture and Christian faith were important to them. During the wedding, they followed Egyptian traditions, which I was honored to photograph for them.

As a wedding photographer, I get to shoot many different types of weddings, engagements, and so on. It’s these types of photoshoots that draw me in and make me want to capture them as carefully as I can. It’s not every day I get to experience a different way of life nor to photograph it for the ones living it to remember for the rest of theirs.

For their romantic session, Samer and Madonna chose to do a Pasadena City Hall photoshoot. It doesn’t take long to see why. There were times during the shoot when I felt like I was shooting on a Hollywood backlot. Given the fact the building has long been used as a location for films, that makes sense too.

During our Pasadena City Hall photoshoot, we took several photos outside on the steps. With the arches framing them from the backdrop, Samer and Madonna held each other and looked like something out of a movie.

We moved inside the tunnel of arches for the next several shots. The interplay of light and shadow paralleled the interplay of Samer’s black tuxedo and Madonna’s white wedding dress.

Every shot we took had that timeless feel I mentioned earlier. This stayed true when we moved to an inner set of stairs in the hall.

My favorite part was when we moved to the bottom of the stairs. Here we took several shots of them holding one another as they stood in the one chunk of light cut out of all the shadow. Whether in color or in black-and-white, it had the feel of something mysterious, something fun.

Ready For Your Own Pasadena City Hall Photoshoot?

I’m ready to help. Even if you decide to go with something other than a Pasadena City Hall photoshoot, I’ll help you find the angles, lighting, and shots that’ll bring your love for one another to life. Reach out when you’re ready, and we’ll get started right away, whether that’s nearby or somewhere a bit further. 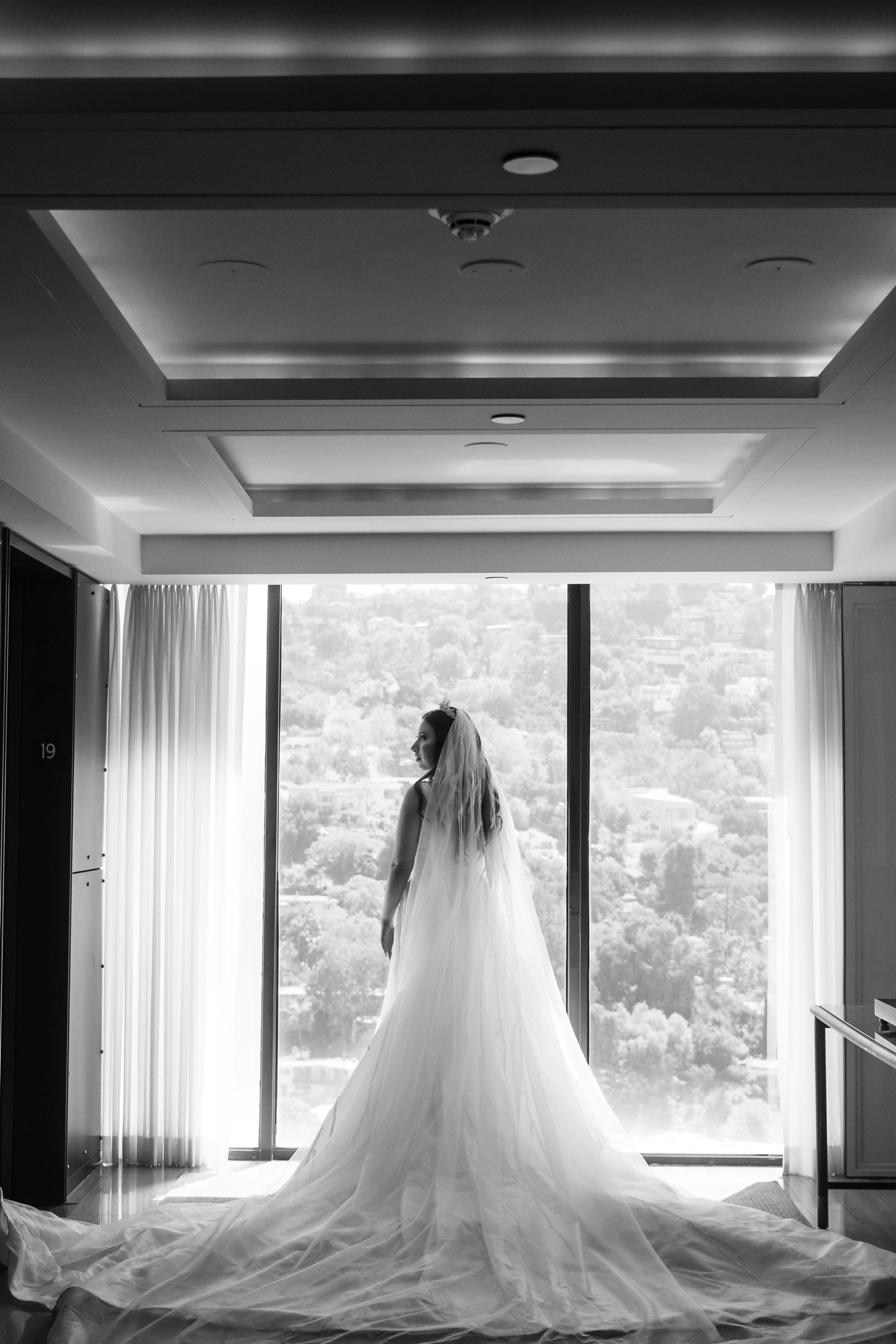 THE PLANNED, DEEP, YET EASY-GOING EXPERIENCE WITH EACH OF MY WEDDINGS IS EVIDENT IN EACH OF THESE POSTS. STAY A WHILE, WHY DON'T YOU?