It was hard to believe I was still in California. It felt like I’d stepped into a Mediterranean town in Southern Europe. For reference, the Neighborhood Church is located in Malaga Cove and has a rich and fascinating history that stems way back to the early 1900s.

I love shooting weddings infused with intimacy and romance. This couple wanted their Palos Verdes elopement photoshoot to be private, intimate, and calm. As an experienced wedding photographer, it’s always great to watch and help a couple relax into their photography session.

I was very aware of their desires, so I went above and beyond to ensure both felt comfortable throughout their wedding shoot. The outcome of their Palos Verdes elopement photo sessions was genuine, romantic, and perfectly intimate.

What was especially great was the fact we got to take photos in several locations in Palos Verdes. This included taking some in the Malaga Cove Ranch Market. The couple looked like they were just enjoying a day out with each other, which added to the overall vibe they were going for with their photos. It was even better because no one else was around!

This was even more true when we took some couples’ shots at the Neighborhood Church. It felt like we were in a movie with carefully trimmed greenery, red tilework, shingle roofs, and pictures in front of the water. At one point, the wind started catching the bride’s veil, so we had some fun playing with that in the photos too.

I cannot say enough about this location, and I’m so glad the couple decided to hold their Palos Verdes elopement there. I loved the European vibe Neighborhood Church gave off at this classy wedding.

Truthfully, I love everything about the Palos Verdes area. There are so many great options for pictures and for couples to bring their visions to life. If you happen to be one of those couples, or even if you’re looking somewhere else, let me know! I’d love to help bring your wedding day visions to life just as much as I helped with this one. 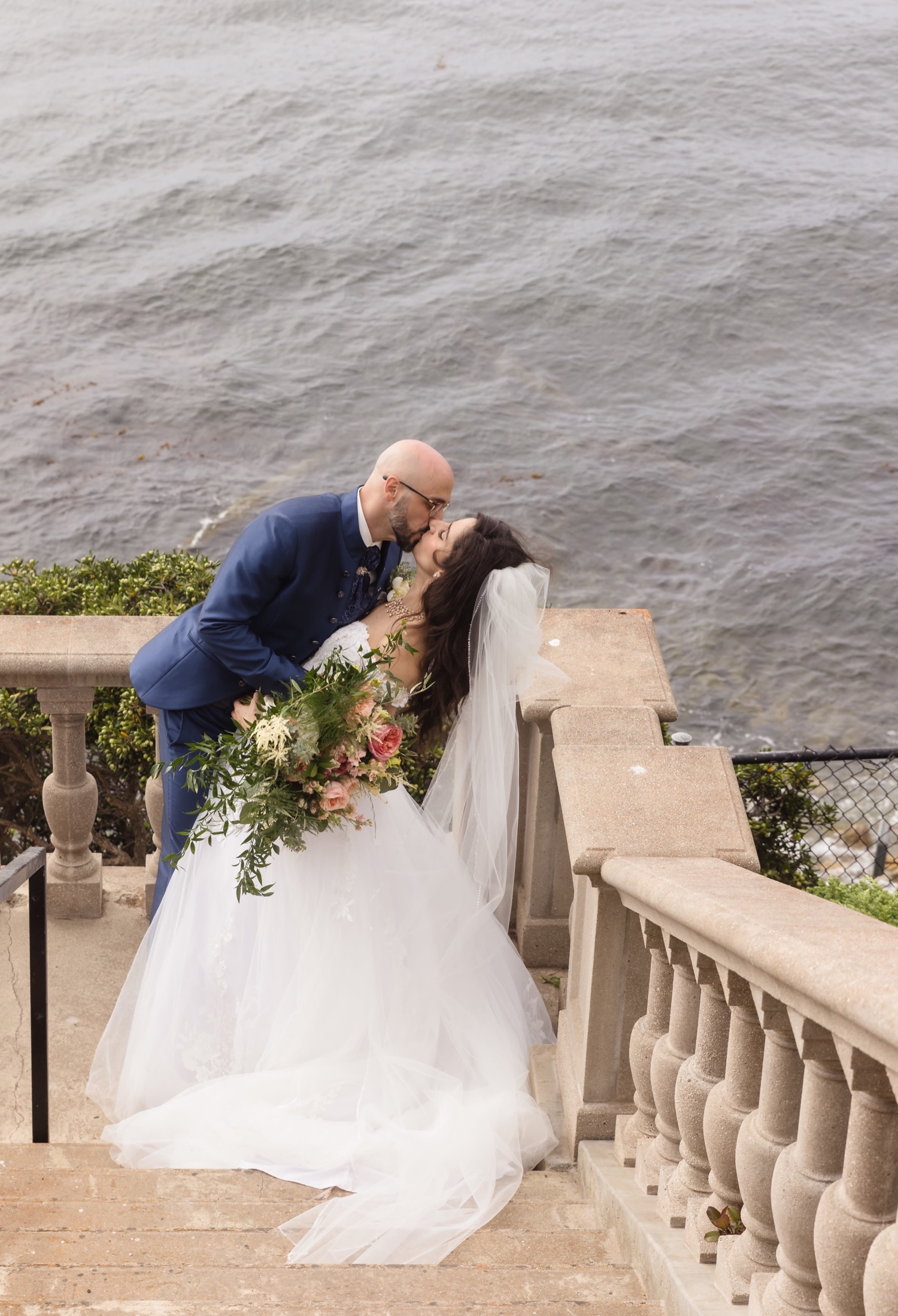 ORANGE COUNTY-based wedding photographer with a passion for love stories.

I'm Chris - Orange County wedding photographer
with a passion for